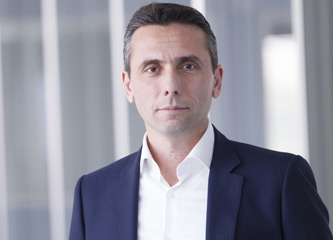 Christos Harpantidis is Chairman and Managing Director of Papastratos S.A., an affiliate of Philip Morris International, since August 2015.

He started his career at Coca-Cola Hellenic in 1997 and joined Papastratos in 2003.  During the following years, he served in a number of key positions in the commercial department of the company in Greece and abroad.

Moving in 2012 to the Operations Center of Philip Morris International in Lausanne (Switzerland) for three years, he served as Global Sales Strategy Director and Reduced-Risk Products Commercialization Director.