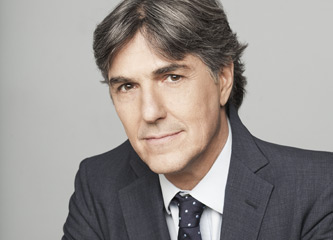 Nicos Koulis is the CEO of DECA Investments AIFM, the investment manager of Diorama Investments Sicar, a € 135 million Luxembourg –based private equity fund established in 2014 to provide growth equity capital to export-oriented Greek companies. Prior to DECA he served for four years as the head of Eurobank’s private equity group.
Mr. Koulis started his career in New York City where he spent 18 years working with McKinsey & Company, The First Boston Corporation (M&A Group), and Bear Stearns & Co. where he was a Senior Managing Director in Investment Banking. Later he established an M&A advisory firm, which provided advisory and fundraising services to several international companies.
He is a graduate of the Wharton School, University of Pennsylvania (MBA 1983) and Athens University, School of Law (1979). He serves as a member of the BoD of several companies.