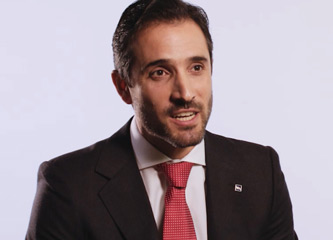 Mr. Thymios Kyriakopoulos currently serves as Executive General Manager and Group Chief Risk Officer for Piraeus Bank SA. He is the Chairman of the Senior Credit and Recovery committees, a member of the Group Executive Committee, and either Chairs or sits as a member of a host of operational and strategic committees as well as boards of subsidiaries. He is also leading the cultural transformation effort of the Bank.

Mr. Kyriakopoulos started his career in New York City in Consulting and Banking, and participated in establishing one of the early Fintech companies which eventually floated on Nasdaq. He subsequently spent a decade in London where he served as Managing Director in the Fixed Income Trading group of Goldman Sachs.

He is an MBA graduate with Honors from The Wharton School with a concentration in Finance, and prior to that received his Bachelor of Science in Mechanical and Aerospace Engineering at Cornell University.