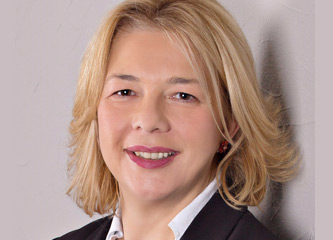 Born in Thessaloniki, graduated from the Law School of the Aristotle University of Thessaloniki and speaks English, French and German.

She has been working as a journalist for the past 20 years in media (Press, web, radio) and is a member of the Union of Journalists of Daily Newspapers of Macedonia and Thrace.

Elected member of the Hellenic Parliament in the elections of 25th January 2015, served until September 2015.