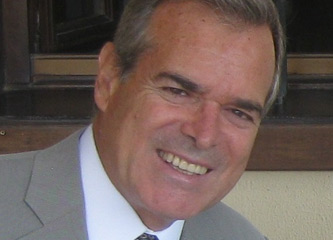 Dr. Vassili N. Takas business interests are in Venture Capital, Industry, Renewable Energy Sources, Real Estate and Financial Services. He is the President and CEO of THERMI VENTURES S.A., THERMI S.A., THERMI RENEWABLES S.A., ΒΙΟΤΕΧ S.A., INDECO S.A., POLYGON S.A., FRENCO S.A. and several other companies. In the past 40 years he held CEO positions in several companies in the Industrial, Engineering and Financial Services sector. He was one of the early investors in startups in Greece first as a Business Angel and then as a Venture Capitalist.

He is Vice President of the Hellenic Venture Capital Association (HVCA).

He is the Honorary Consul General of the Republic of South Africa in Thessaloniki and the Vice President of the Greek-African Chamber of Commerce and Industry. He is President in honor and former President of the Federation of Industries of Northern Greece (F.I.N.G). He has been vice President of the Hellenic Federation of Enterprises (SEV), as well as of the Greek International Business Association (SEVE), the Foundation for Economic & Industrial Research (ΙΟΒΕ) and of the Hellenic Management Association of Northern Greece (ΗΜΑ). He is also a member of the Business Advisory Council of the Stability Pact for South Eastern Europe.