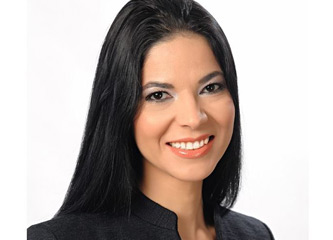 Ana Birchall was appointed Vice Prime Minister for Romania’s Strategic Partnerships’ Implementation in the Romanian Government, in January 2018, after having previously held the position of Minister delegate for European Affairs (January-June 2017) and ad interim Minister of Justice (February 2017).
She is currently serving her second term as deputy in the Romanian Parliament, representing Vaslui County and continuing the legislative work begun in 2012. Between February 2015 and December 2016, she served as Chairman of the European Affairs Committee in the Chamber of Deputies.
In 2002, Ana Birchall began her career as a lawyer in New York City, collaborating with White & Case LLP law firm. In 2003, she returned to Romania with her family, where she made her debut in politics and administration as advisor to the Minister of Foreign Affairs. In 2005 she was appointed senior-adviser for the Commission on Foreign Affairs of the Senate of Romania.
After graduating from the Faculty of Law of the University of Bucharest and the Faculty of Law and International Relations (valedictorian) of the “Nicolae Titulescu” University in 1996, Ana Birchall continued her studies at Yale Law School, where she received a Master of Studies in Law, in 2000, and Ph.D. in Law (J.S.D.), in 2002, under the guidance of Professor Anthony T. Kronman, Dean of Yale Law School.