H.E. Prime Minister of the Republic of Serbia 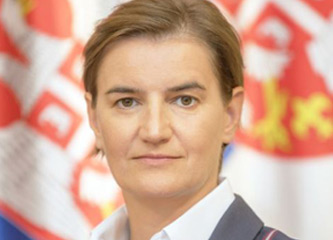 H.E. Prime Minister of the Republic of Serbia

Ana Brnabić serves as the Prime Minister of the Republic of Serbia. Previously, she served as the Minister of Public Administration and Local Self-Government. She is also the President of the Serbian Government’s Council for Innovative Entrepreneurship and Information Technologies, as well as of the Serbian Council for National Minorities and is Vice President of the Serbian Council for Public Administration Reform.
She is a member of the group “New Leaders for Europe” as part of the World Economic Forum.
Prior to joining the Government, Brnabić worked with international organizations, foreign investors, local self-governments and the public sector in Serbia. She also took part in the founding and was the first Executive Director, as well as member of the Managing Board of the non-profit organization PEXIM.
Ana Brnabić obtained her MBA degree in marketing from Hull University, UK.