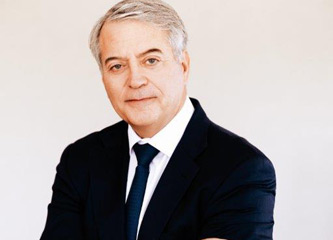 He has served as Chairman of the Board of Directors of AVIS, as Independent non-executive Vice Chairman of the BoD of Piraeus Bank, as Chief Executive Officer of the National Bank of Greece, as Head of Strategy and Business Development on the management team of the Geneva-based Latsis Group, as Chairman and Managing Director of Lamda Development, as Deputy CEO of National Bank of Greece and Chairman of ETEVA, as Deputy Governor of National Mortgage Bank of Greece, as Deputy General Manager of ABN AMRO Bank, as Manager of Investment Banking at Hellenic Investment Bank and as Planning Executive at Mobil Oil Hellas.

He has also served as Vice-President of HELEX (Hellenic Exchanges SA), Chairman of the Steering Committee of the Inter-Alpha Group of Banks, Chairman of Ethnocard (National Management & Organization Co), National Securities SA, President of the Southeastern European Board of the Europay Mastercard group and as a member of numerous boards and committees.

He is a graduate of the Athens University of Economics and holds an M.A. in Econometrics from the Saskatchewan University in Canada.